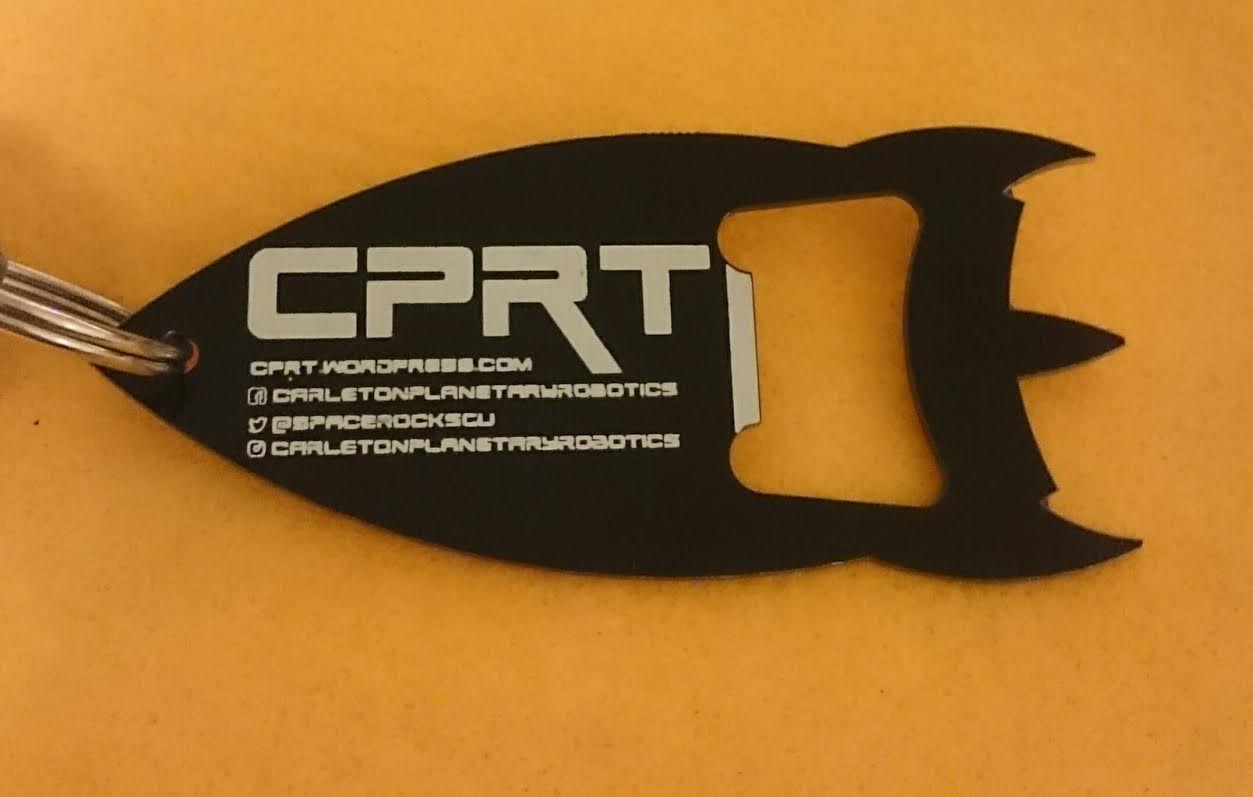 So as far as I can tell, there have only been two written about attempts at making a bottle opener from a PCB, which to me is far too low a number.

Brian Benchoff cleverly inserted a notch into an arduino board, though found that the design wasn’t very durable.

And Low Voltage Labs came up with a more standard opener, but in a very small form. I couldn’t find any mention of the opener on their website though, and wanted one of my own, so set out to create it from scratch.

Because I like space, and thought they would tie into my rover team, I went with a rocket ship layout, and silkscreened the team’s information on the front. After modifying to include 2 per panel, we’re able to get 20 openers from Seeed Fusion for $10USD.

There were certainly some concerns about strength of the FR4, but after a suitable test campaign we are satisfied with the results.

There is some noticeable wear on the edge that hooks under the bottle cap, which may be mitigated by including copper and a pad at that location, and the horizontal size of the hole is a little too large. It should probably be shortened a couple mm to get firm contact with the bottle cap for leverage.

The design is open, and available on Circuitmaker (which is lacking in handy layout features like mirrors, trims, arrays, and such) for anyone to fork and make.